Proposal for the controversial “Gagging Law” is questioned in Brighton 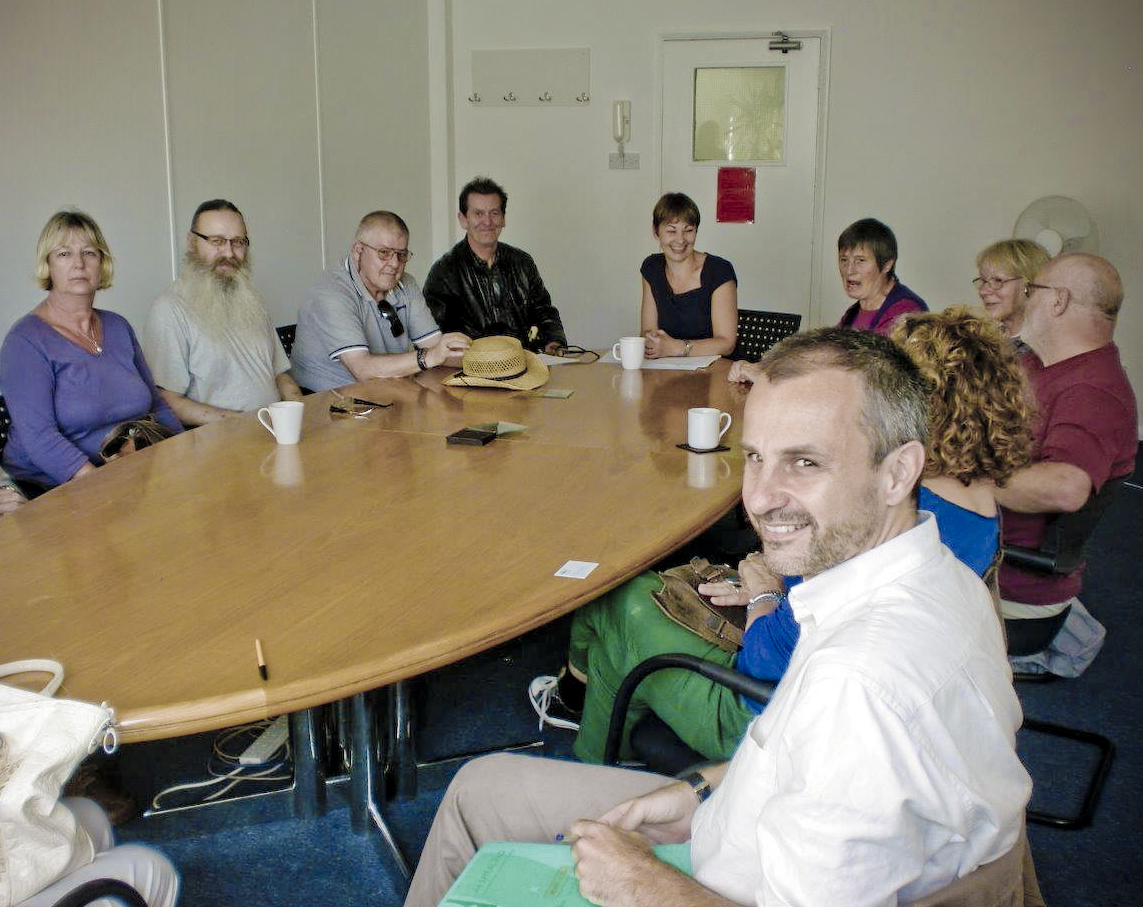 Euro-Mernet team attended a briefing and discussion session on the issue of the UK government’s controversial proposal, the “Transparency of Lobbying, Non-Party Campaigning and Trade Union Administration Bill”, popularly known as “Gagging Law”.  The meeting took place at Brighton Media Centre on 6 September 2013 and it was organised by the local supporters of the leading national campaigning network 38 Degrees. Nationwide opponents of the law proposal claim that it will prevent and punish the non-party community and voluntary groups if they intend to run campaigns and express their support or objection on popular issues ranging from health reforms to wind farms to animal welfare to racism and intolerance to social justice and cultural rights.

Caroline Lucas, MP for Brighton Pavilion, who is also a member of Euro-Mernet’s International Board of Patrons, was the main speaker. Caroline told the participants of the meeting that she was determined to continue campaigning against the law proposal. She described the proposed bill as an attack against the freedom of speech, opinion and campaigning. Caroline also expressed her disappointment about the seemingly intentional vague wording of some aspects of the draft bill, very likely to provide flexibility for increasing the power on introducing more restrictive measures based on the legal text.

Euro-Mernet team expressed the organisation’s wish to highlight several matters on behalf of the members of city-wide diverse communities consulted by the Euro-Mernet team.

The matters addressed by Euro-Mernet during the meeting included the following:

–        Whether Caroline Lucas MP would be willing to address the House of Commons and make a public statement, calling upon all the potentially affected organisations to form a nationwide coalition and campaign together.
A number of Euro-Mernet supporters have been contacting the organisation and stating that it is time consuming to individually respond to each and every one of the support and solidarity appeals coming from many organisations. Therefore Euro-Mernet recommended that a nationwide coalition of “potential victims” of the proposed law could help draft a collectively agreed petition template and disseminate it nationally, rather than requesting the members of public to sign a high number of petitions on the same issue coming from a wide range of organisations.

–        In order to maximise the inclusion of all layers of the society in the discussions on the proposed law, Euro-Mernet recommends a multi-style and multi-format approach when conducting their outreach activities, rather than merely the conventional mail-shots and a couple of most popular social media platforms. Recommended examples of techniques could include increased awareness-raising activities through community media and during popular festive events, organising general public meetings as well as meetings with cultural, faith and gender based communities and interest groups.

This approach would ensure the inclusion of individuals who are less able or with special needs, the underrepresented communities, and individuals who need cultural briefing and linguistic support.

More information on the proposed “Gagging Law” could be found in these governmental and non-governmental links: