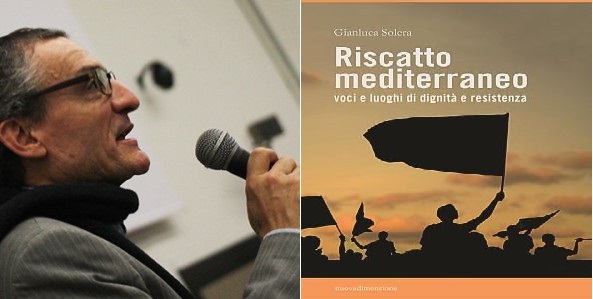 Gianluca Solera’s last article on his blog, “Podemos and the Return of 2011 Spring”, made us curious to discover the possible connections among the new political movements which have been emerging across the whole Mediterranean region since 2011. So Euro-Mernet media team decided to have a chat with Gianluca Solera, who defines himself as a “frontier man”. He is an Italian journalist, blogger, and a seasoned activist engaged in many causes. He was one of the co-founders of the first civic Green list in Italy, a political adviser for the European Parliament for ten years with the Green and European regionalists groups. He has also been the coordinator of the then Anna Lindh Euro-Mediterranean Foundation for Dialogue Between Cultures, now shortly known as Anna Lindh Foundation (ALF), for eight years.

We started our interview talking about Spain. Podemos, the anti-austerity political party and third political force in Spain behind the ruling right-wing People’s Party and the opposition Socialist Party, has its roots in the Indignados’ movement which started shaking Puerta del Sol square in Madrid on the 15 May 2011 and the rest of the country for the following four weeks. Those protests were deeply inspired by the so-called Arab Spring, which was sparked in January 2011 in Tunis, when the young street vendor Mohamed Bouazizi set himself on fire on 17 December 2010 as a desperate action to protest against the confiscation of his products and the humiliation he was suffering from the police. Fast forwarding four years, most commentators nowadays see the Arab Spring as a betrayed and failed revolution. But Gianluca Solera has a more complex and global vision of the upheavals that have shaken the Arab World in the last four years and the undeniable influence of which has been deeply felt and adopted all over the world and also chez nous, in Europe. Indeed, he defines the current situation of both northern and southern shores of the Mediterranean Sea as a “fluctuating” process, at times evolving and at times reversing:

“If three years ago the southern shore of the Mediterranean was giving lessons about civic engagement to our youth, now it’s maybe the opposite”.

He refers in particular to the situation of Egypt, a country which hasn’t achieved yet a democratic consolidation of its institutions: whereas the Presidency of the Republic and the Constitution have been voted for in 2014, the election of the Parliament continues to be subject to repeated delays. After the military coup that put in power the General Abdel Fattah al-Sissi on the 3 July 2013, Egypt has almost disappeared from the radars of the Western media. In addition, the international community appears to have sharply reduced the hot discussions about the situation in the country, as if the election of a secularist leader would be a guarantee for the international security and the respect of human rights within the country. Tahrīr Square population and especially the youth have to recuperate the enormous energy and courage that made Egyptians able to dismiss two Presidents in three years. After the dismissal of Hosni Mubarak in 2011 through the echoing effects of the protests in Tunisia, and then the dismissal of Mohamed Morsi, the first democratically elected head of State in the history of Egypt and a leading member of the Muslim Brotherhood, the status quo has not really changed:

“The revolutionary youth of the Arab Spring was not able to produce solid political parties, alternative political parties, because of the fraction between secularists, leftist groups and Islamic groups. They started to quarrel each other and they were too weak and unexperienced to face the granitic presence of the system, al-niẓām. You can cut the head of the system, al-niẓām system, but the body, its massive power is still there and what is happening in Egypt is the proof of that”, Solera said during the interview.

He explains that the current social and economic policies are not different from those of the previous government because the classical approach of consolidating big companies and corporations without entering a redistribution policy based on the principles of social justice remains untouched. So the redistribution of the wealth that was among the main instances of Tahrīr Square people remains unfulfilled and, nothing seems to threat the current government yet. Indeed, Abdel Fattah al-Sissi benefits from a popular support mainly because of the situation in countries like Syria, Libya, Palestine, Iraq, Sudan and Yemen which make people afraid of a civil war and in this context it’s natural to look at the military power as a guarantor for a strong and stable State. Nevertheless, we don’t know for how long this consensus is going to last. Egyptians will probably need to find different ways to make the State truly democratic, to make sure that the human rights are respected by the authorities, and perhaps looking at the current developments in the social movements in southern European countries could be of some inspiration for them, especially in terms of keeping a large scale social mobilization alive and vigilant in the long term.

The expression “large scale social mobilization experience” recurs often during the interview with Gianluca Solera, especially when he compares Podemos, the result of the Indignados movement, with the rise and current position of the 5 Stars Movement in Italy. Both movements had emerged from the will and desire of masses who wanted to voice the frustration and rage of the population against the degradation of the social, economic and political situation within the countries. Both in Spain and in Italy people face the same problems in terms of youth unemployment, impoverishment of the middle class and the corruption of the entire spectrum of political parties from the far left to the far right. Solera underlined a substantial difference between these two movements that is related both to the lack of a “consolidated and large scale experience of social mobilization” and to the role of the leader: while in Spain the Indignados were shaking the squares and the markets not only in Madrid but also in the neighbourhoods, through thematic committees and assemblies discussing on specific policies, transpiring the rage of people into a critical mass that contained the ability to create substantial change, all together; in Italy, on the other hand, the people seemed to have delegated to the comedian Beppe Grillo, one of the two founders of the movement, the role of expressing their frustration towards the political system “but with no grassroots territorially based movements”.

Moreover, in spite of the online direct democracy that the 5 Stars Movement (5SM) has       been proposed as the new doorway for democratic participation, actually it has probably  been a limitation for the movement’s progress. Of course, it was an important step on the  path towards popular participation and contribution to the creation of policies, but it wasn’t  satisfactory. During the last 20 years, politics has suffered a process of “verticalization and  virtualization”, says Solera, that the 5SM has not been able to overcome, conversely to what  Podemos did in Spain. “People have to feel the materiality of politics again”, says Solera,  and that was exactly what made Podemos so strong. They made it through 3 key  elements: “the articulation of the movement in several thematic committees, the combination of a charismatic leader with the participation of the bottom of the movement and the creation of their own communication system with respect to the main state medias”. Mainstream media were spreading a false narrative of the movement, describing it as an ephemeral phenomenon or focusing on the illegal activities that they were supporting – for example, when they were trying to prevent eviction orders to take place for people who were losing their houses because they couldn’t pay the bank mortgages. As a sign of reaction against this undermining propaganda campaign in the mainstream media, they created their own television channel, Toma la Tele, their own online radio station, Agora Sol, and their own magazine. The creation of this alternative scene for the masses to hear about their unbiased stories helped the movement to jump into politics and became a real, new, political party with a specific vision for the country and beyond.

In the wider picture drawn by Solera, dedication by the Indignados coupled with organising in a highly determined fashion that led to the creation of Podemos could perhaps be the only accomplished revolution to which all the political parties or movements from “old” (5 Stars Movement, Arab Spring movements) to new (Syriza and Gezi Park protesters) should look at and adopt it as a model. Solera states that this is because of the fact that the critical path behind Podemos’ victory at the last administrative elections has clearly worked, thanks to its creativity and the “centripetal force of keeping together movements who were focusing on specific polices only with the ambition of creating political and critical mass for substantial change.”

From our conversation with Solera, this seems to be the recipe for each political force willing to achieve a change that is cultural before being political, at least at the national level. However, as Solera suggests, if we really want to take effective action at European and international level against the European economic policies of austerity and international interests that keep producing wars around the world, we need to  “to exchange practices, to build alliances and to start promoting campaigns which go beyond the national borders and also to exchange expertise. I think that we need to build a kind of international citoyen, if you want, at the level of the Mediterranean where all these movements can learn from each other but can also strategically understand how to move on together.”

The idea of a Mediterranean citizenship is the core of his book, “Riscatto Mediterraneo: Voci e luoghi di dignità e resistenza” (“Mediterranean Redemption: Voices and Places of Dignity and Resistance”). Its second edition has recently been published in Italian only, but we hope to hear soon the news of its publication also in English and in many other languages so as to reach out to all the international citizens who wish to join the cause from around the Mediterranean and the entire world. 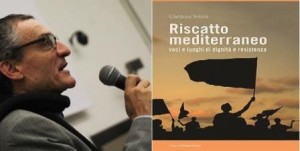 You can listen to the full length version of our interview with Gianluca Solera on our radio shows archive page on Mixcloud.

About the author
Related posts
The Brighton Pride: a festival a city should be proud of
5th August, 2015
Radical Bank of Brighton and Hove: redefining the spirit of local communities
1st July, 2015
Categories
Blog Archives