The Brighton Pride: a festival a city should be proud of 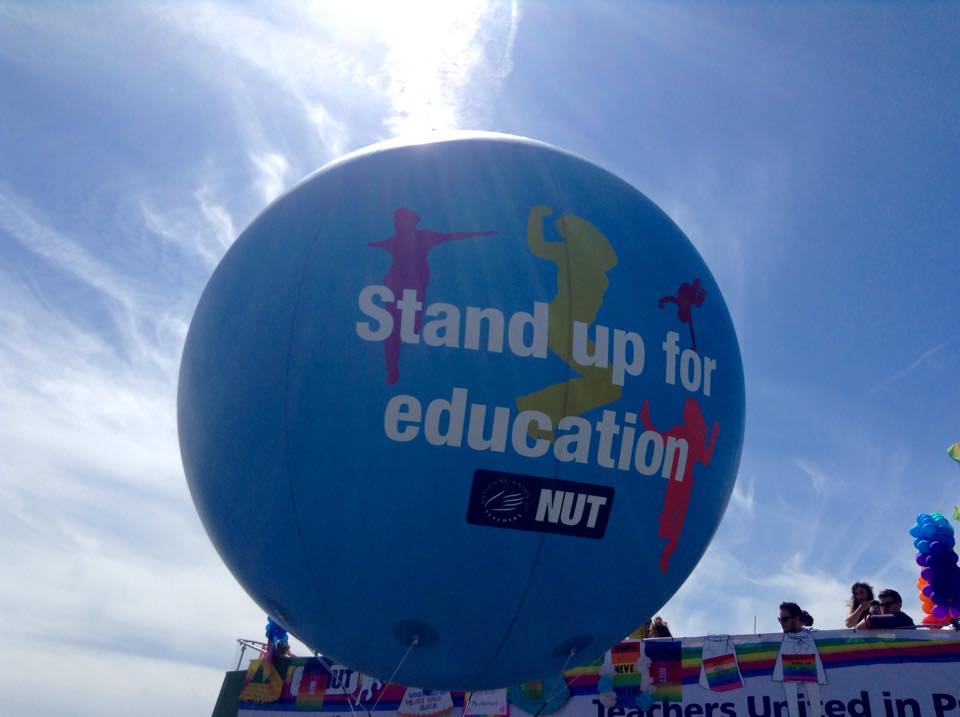 Although now it’s almost a month that I’m living in this beautiful and atypical city named Brighton & Hove, located in Sussex region just under an hour by train from London, I’m still feeling curious like a newly-arrived tourist. So, when I heard that the first weekend of August a Gay Pride would be held in this very city, I couldn’t wait to explore more about it. Actually, this year marked the 25th anniversary of the Brighton Pride, so there would be no better moment to attend the event. It has been a very interesting experience, because I had the possibility to watch the festival with the eye of a layman. Nevertheless, I still didn’t forget one of the most important preconditions you will need to enjoy this kind of situation: the mental openness.

Personally, I was shocked and impressed since the very first moment I arrived in Brighton by the easiness of the people that surrounded me. When you walk through the streets of the city center you could encounter every type of human being, from the student to the worker, from the “hippie” to the gay and lesbian couples. From my point of view it was so strange to see that none cared whether couples wondering near the park hand-in-hand were gay or straight. I felt like an alien, because back in Italy almost everyone should have noticed the “freaks” and would have tried to guess about their sexual orientation. On the contrary, here it’s like routine, something that has roots so deeply planted in the past 25th years tradition that it has just become part of the community life.

Before examining in depth the reality of the British LGBT Community I would like to tell a little bit about the Parade that I watched till the end. It was scheduled to start at 11 am of the 1st of August but it was delayed because of a safety problem. Briefly, the Brighton police found a “suspicious device” hung on a street light and they believed it was better for the wellbeing of the participants to check the mysterious package. So they closed a part of the street where the parade had to pass to go to the city center and after just over an hour they rearranged the parade route and the procession could finally move. The day after, some local newspapers said that it was probably a bomb and they reported that it was exploded by the bomb disposal experts. Just to say that the local police was very sympathetic with the event.

The Pride has been called “The Carnival of Diversity” and I think that no other expression could have been better to describe it. It was a carnival indeed because you could see a lot of funny and weird costumes and outfits that represented all human types. Firstly, the LGBT representatives that usually wore stilettos, feathers, make-up, strange hairstyles and, sometimes, they were mostly undressed. Fortunately, the changeable English weather had decided for that day to be nice and the sun shined brightly in the sky and the temperature was suitable for being minimal in dressing. There were also all their organizations like the Brighton and Hove LGBT Switchboard, the Pink Punters, the Dungeon, the African LGBT, the Brighton Housing Trust, etc. Secondly, I saw the supporters that came from other cultural organizations and NGOs, like the NUT (National Union of Teachers) with their slogan “Stand Up for Education”, Amnesty International, the Brighton Dome, one of the major theatre in Brighton, the MEARS, the Lesbian and Gay Christians and their friends, the Dog Trust and so on. They were really too many to count. Last but not least, some exponents of the institutions like The City Council of Brighton and Hove, the Sussex Police, Barclay’s etc. The last two categories of people were a little bit more sober in their attitudes than the first one but they all were sharing and celebrating the same concepts: the freedom of expression and the respect for human rights. This was just an example how “defending diversity” has to be considered a cultural, social and political issue that all public and private actors should face in conjunction.

There was an opponent, to be honest, or what at least I thought that was an opponent. He was carrying a huge Christian cross on his shoulder and he walked around just for an hour before the beginning of the parade. He passed almost unnoticed, because the majority of the people were more interested in the cheery manifestation of love than in safeguarding a moral bigotry that has no more point to exist. However, it should be said that after the last June the US government approved a law permitting homosexual marriage, in most European countries, like Italy, a lot of controversies had taken place questioning the morality of such an epochal stance on the homosexual problem.

In May 2015, the Irish government preceded the US politicians in approving marriage equality and it was indeed a stunning decision from such a traditional Catholic country. The most exceptional part regarding the legalization process was supported by a hugely popular vote, which made Ireland the first country to approve homosexual unions on a very democratic basis. Nevertheless, the worldwide LGBT community still needs to struggle to change the main stereotypical perception of the traditionalists and the guardians of public “decency”. Honestly, I suppose that all the families that brought their children to see the Pride should be rewarded for their method of education, because in that way the next generations will eventually be more careful and caring, because human beings tend to judge other people just through stereotypes.

Anyway, going back to the focal point, it should be pointed out that the Brighton and Hove LGBT community has been really active during the past years and, according to my researches, they have accomplished a lot. For instance, they created a Safety Forum to whom a person can address to solve his problems linked to intolerance and Hate Crimes. The LGBT CSF has the main function to hold both police and council to account on issues affecting LGBT safety. This is surely really reassuring. Moreover, as advocates the LGBT Forum have contributed to create a safe place for the victims of domestic violence, they supported victims of homophobic bullying in the workplace and facilitated the access for disabled and older persons to the Pride event in Preston Park. They have also facilitated Safety Awareness Training Courses to community members funded by the Police & Crime Commissioner and sign-posted service users to other organizations.

Unfortunately, despite all the commitment and selfless work of these volunteers, a lot of Hate Crimes still go unreported. According to the latest news of the Brighton-based magazine GSCENE there are at least around 35,000 cases of hate crimes committed against people because of their sexual orientation that remain unknown to the police. The issue becomes even more serious if we take in consideration the data of the Equality and Human Rights Commission (EHRC), which underlined that almost 88% of the LGBT people have experienced a form of discrimination. The above mentioned Police & Crime Commissioner launched a project named “Report it”, which aims to make LGBT exponents to feel more comfortable in reporting these abuses to the police and, at the same time, the project will try to eliminate the percentage of marginalization and diminish the rate of these awful crimes.

The perfect equality between human beings is still a difficult goal to achieve, but now that I’ve seen the positivity of the Brighton Community as a whole, I’m feeling a little more confident in the future.