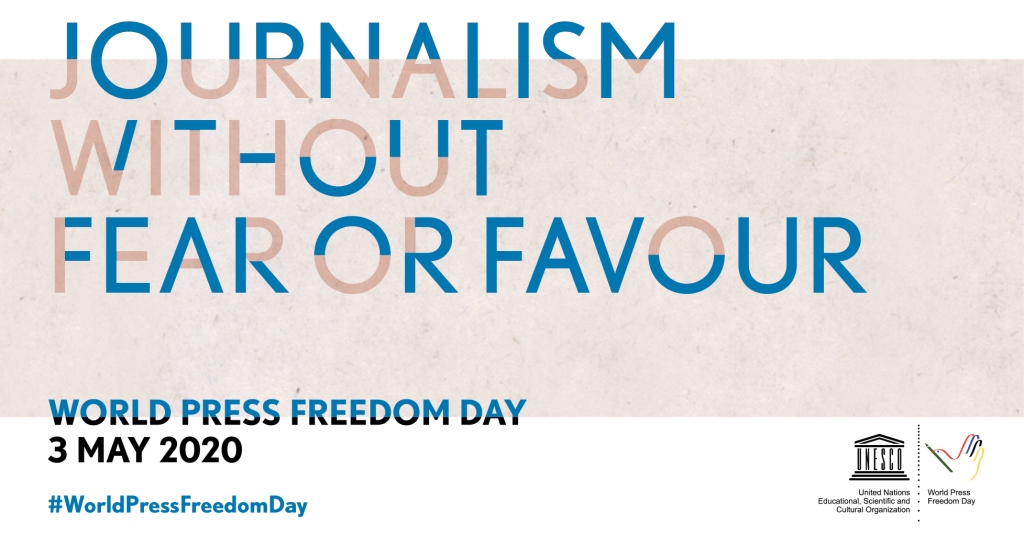 Dear friends, the following list has been compiled by the community radio and media team volunteers of the Euro-Mediterranean Resources Network (EuroMernet) and of the UK Network of No Hate Speech Movement (NHSM).  Both organisations had been regularly co-organising public events every year on World Press Freedom Day, but due to the COVID-19 lockdown, this year’s planned public event will unfortunately not take place. Therefore EuroMernet and No Hate Speech UK teams decided to compile a list of key events, exclusive reports, campaigns, petitions and statements by the UK-based and global press freedom organisations and regional bodies.

For the photos, statements, reports from public events by EuroMernet and No Hate Speech UK in previous years, including the library exhibitions on themes such as the imprisoned journalists, sexist hate speech against female journalists and poetry for press freedom, please visit the events archives of EuroMernet social media pages, primarily the EuroMernet Facebook page.

The following  list is not exhaustive and it includes only a handful of leading press freedom organisations. We therefore would like to encourage the readers of this document to search the internet for more resources on press freedom. In case you cannot find press freedom information on any of the 82 countries and territories in Euro-Mediterranean/MENA regions that we regularly monitor, please do not hesitate to write to us for country-specific resources and contacts: EuroMernet  or No Hate Speech UK

Many thanks in advance for sharing and disseminating this information.

Here are a couple of photos from our past public events and actions on World Press Freedom Day: 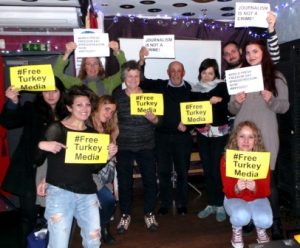 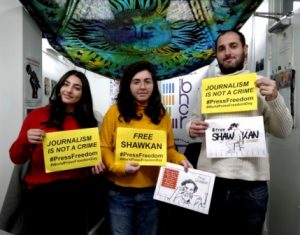 UNESCO had pioneered the declaration of WPFD:

UNESCO World Trends Report on Media has the exclusive issue on “Journalism, press freedom and COVID-19”

English PEN news updates on journalists and writers at risk

IPI report on the impact of COVID-19 on media freedom

IPI has a webinar on 3rd May 2020, with journalist from Turkey

CPJ has a regularly updated map on the #FreeThePress campaign

Organization for Security and Co-operation in Europe (OSCE)

Video statement by Harlem Desir, OSCE Representative on Freedom of the Media